We started the day with Yong He bean curd as breakfast. The salty bean curd is quite horrible. The rest of the food are ok.

However, I think that their reputation has over boasted their ego as their food are served in the exact manner as the photo below even if we are dining in. I don’t feel that human touch in serving food to empty properly.

Next, we decided to head to Shifen. (We have already been to JiuFen several times and don’t find it too special.) Shifen is quite easy to go as well compared to JiuFen(Where you need to take a bus/cab to go up hill).

To go to Shifen, you can go to the train station at Taipei main station and tap to the train using normal youyouCard (Don’t even need to buy tickets). The train will travel all the way to RuiFang and you will need to change the train to PingXi line. You can use the app to check the train timing. (The train only comes every hour).

While waiting, you can always tap out of RuiFang to have some snacks and stuff before boarding the train again.

The most important thing to do in RuiFang is to fly tiandeng. It’s relatively cheap and easy to fly. You will need to spend some time writing your wishes on the lantern. Also, I recommend not flying here. Go to Pingxi and fly instead. It’s kinda over crowded here and all my photos have strangers peeking in.

The service here is quite good and they will also help to take photo. I heard stall that speaks Japanese, Korean and Vietnam. LOL.

We traveled around the line and went back at around 4pm-ish?

We also to ximen red house. The place sells things similar to Songshan cultural district and huashan district. Nothing much inside.

That night, we decided to dine at rouhe night market. Its right outside the train station 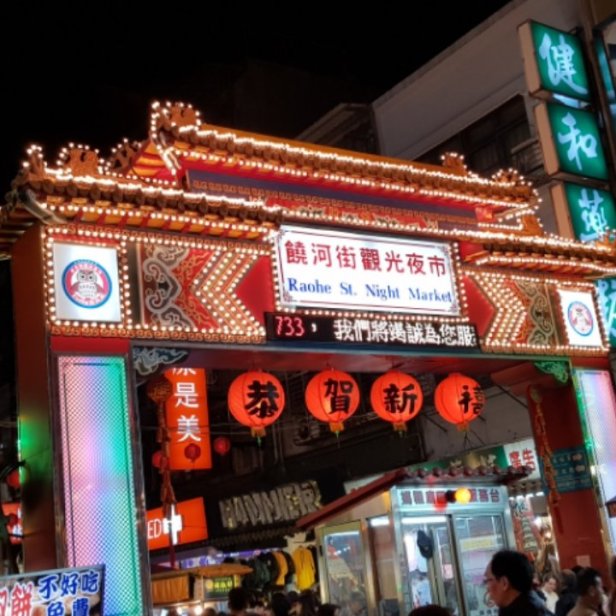 We also ordered some flame frill beef. The standard seemed to have disappeared. Its so tough and not appetitising